> Blog > Ethnic decoration & crafts of the world. > Spiritual symbols and their meaning

Spiritual symbols and their meaning 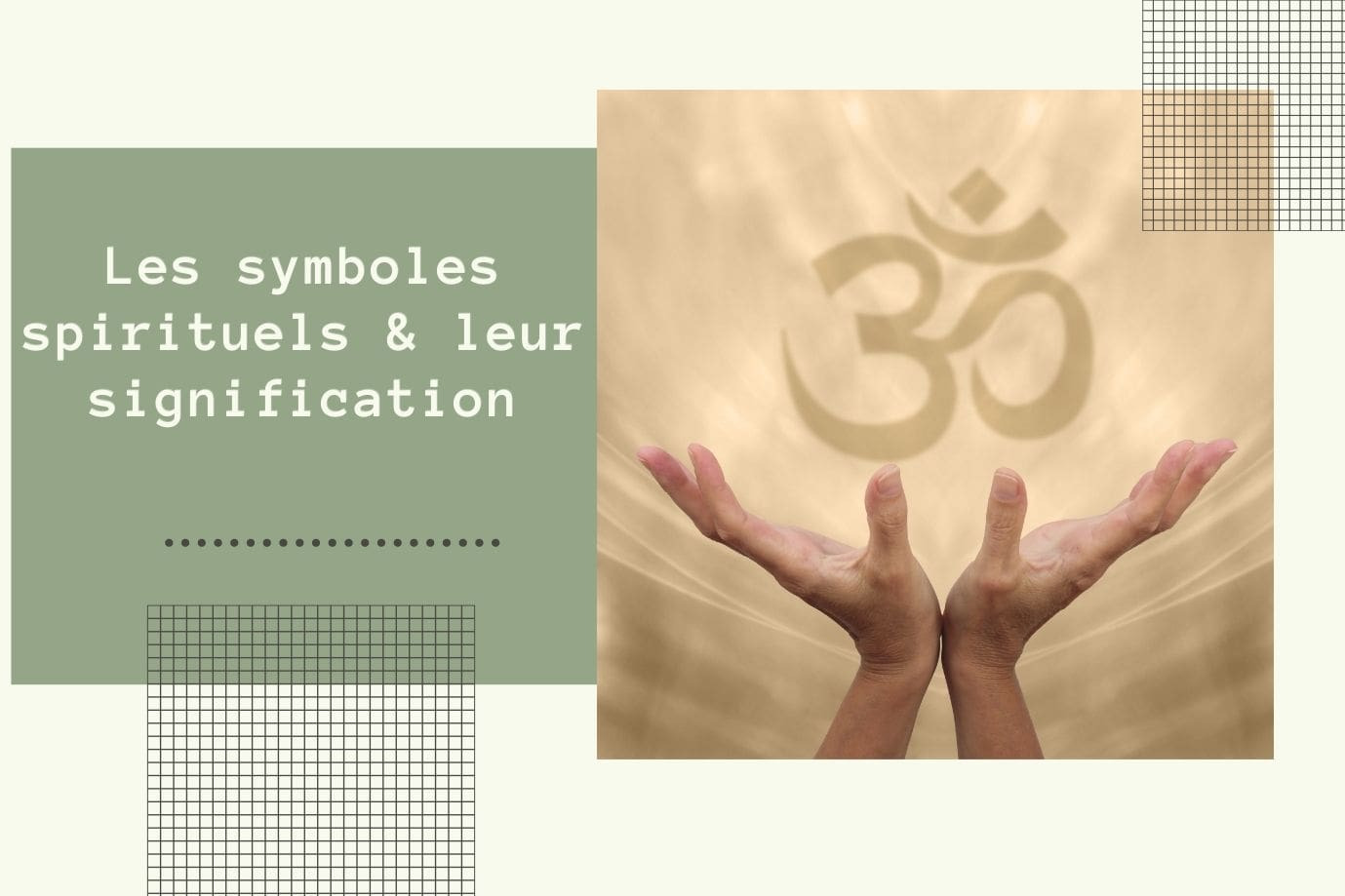 Spiritual symbols: What is their true meaning? Which one suits you best?

Whether it is by fashion, for a matter of personal belief, or simply by pure aesthetics, spiritual symbols have the wind in their sails. Yin-Yang, crosses, flowers and other spiritual mantras are invited into our daily lives in the form of jewelry, decorative objects or even clothes.

If you also want to fall for this trend without really knowing why, follow the guide: Coco Papaya makes you discover the hidden meaning of all these magical symbols and steeped in history.

The Dreamcatcher, enemy of nightmares

A key figure in Amerindian culture but also present among the Vikings and Celts, the dreamcatcher is a powerful symbol that creates a link between earth and sky, between the human and the divine.

According to popular belief, the dreamcatcher acts as a filter, blocking bad dreams and thus allowing its holder to have a more peaceful sleep.

Hanging above the bed, it will scare away your nightmares while bringing a bohemian touch to your interior.

The Tree of Life, a universal good luck charm

Synonymous with strength, protection and renewal, the Tree of Life is a universal symbol present in many religions and beliefs, and it is easy to understand why: with its roots anchored in the ground and its branches facing the sky, it symbolizes the link between earth and heaven, the living and the beyond.

It is, in itself, a metaphor for our life path, from young shoot in full learning to majestic tree full of wisdom.

Symbol of love and harmony, the Tree of Life is the ideal jewel to offer to your loved ones (or to yourself, after all, why not?!)

The 7 Chakras, the harmony of the body

According to Buddhist philosophy, the chakras are "gateways" through which our vital energies circulate, which balance and fluctuate according to our moods.

There would be 7 main chakras in our body, each represented by a unique symbol (a Yantra), a color, and part of our anatomy. 4 of these 7 chakras are found in the upper part and regulate our spiritual and intellectual abilities. The other 3, located in the lower part of our body, are interested in our physical and instinctive characteristics.

These 7 chakras represent harmony: they connect the body to the mind and the mind to the divine.

The Christian Cross, between hatred and forgiveness

In the Christian religion, the cross is one of the strongest symbols as its meaning is powerful but also contradictory.

It represents at the same time the death of Christ, the hatred of a people and the unprecedented violence. But it also symbolizes life and resurrection, love, peace and above all forgiveness.

The Lotus Flower, the flower of hope.

Associated with Buddhism, the lotus flower offers a message of hope because it illustrates the belief that every human being has within him the ability to attain the state of Buddha. It does not matter what their origins or living conditions are. Indeed, the Lotus flower, so beautiful, majestic and divinely fragrant, grows in a muddy pond.

Depending on its color, it has several meanings: the pink lotus, considered the supreme lotus, represents purity and devotion. The red lotus symbolizes rebirth. The white lotus evokes peace. And the green lotus brings hope.

A spiritual symbol that we never tire of offering to the people we love.

The Flower of Life, geometric perfection

Much like the Tree of Life, the Flower of Life is a universal symbol that represents the sum of all the vital energies present on our beautiful Earth.

Represented by a rose window of 19 overlapping circles of the same dimensions, the Flower of Life is a model of aesthetic perfection.

She is considered a figure of Sacred Geometry and symbolizes harmony and absolute beauty.

The Moon, the star of emotions

A major celestial body, very influential in our daily lives, the moon contains both opposite and complementary symbols: it is associated with supernatural and mysterious phenomena, but it is also perceived as an image of femininity, fertility and rebirth.

Worn in jewelry or displayed in decoration, the moon will offer you its soft energy and stimulate your creativity and imagination.

The Hand of Fatma, a protection against the jealous

Renowned for being a powerful lucky charm, the Hand of Fatma – or Khamsa – is a hand-shaped amulet, symbol of love and sharing, which would protect its wearer from the evil eye and the ill-intentioned people who jealous him.

According to beliefs, the 5 fingers of the hand could represent the 5 pillars of Islam and the 5 daily prayers. Or the 5 energy flows that circulate in our body, or simply the 5 senses.

The Turkish Eye, to scare away the envious

Like the Hand of Fatma, the Turkish Eye, also called "Nazar Boncuk", is an ancient talisman that helps drive away the evil eye.

Even though its literal translation "pearl of the evil eye" might be scary, the Turkish eye is meant to capture the gaze of jealous people and protects us from negative energies.

In jewelry or decoration, the Turkish eye is a spiritual symbol that will ward off misfortune.

The Symbol Ôm (or Aum), sacred syllable of the cycle of life

A sacred syllable of Sanskrit, the Indian religious language, Aum is both a very powerful sound and symbol.

Each letter has a very singular meaning: the A represents Brahma the creator god, birth and the beginning of life. The U invokes Vishnu the protective god, and the world that lies between reality and consciousness. Finally, the M symbolizes Shiva the destructive god, deep sleep and death.

The whole forms "Aum", which is therefore a representation of the infinite cycle of life.

Coming from Tibetan Buddhism, Om Mani Padme Hum is an incantation that invokes the power and benevolence of Chenrezig, the protector god of Tibet.

Whether you say this sentence out loud, or silently in your mind, this mantra will allow you to reconnect with your deep nature, and open yourself to compassion.

The Sun, the star of the almighty

Symbol of power and the divine, star of the day and light, the Sun represents life, because if the latter were to disappear, all life would be extinguished on Earth.

In the form of a medallion or wall decoration, owning an object engraved with a sun will bring you wisdom, warmth and the promise of a bright future.

Yin Yang, the balance of forces

We can therefore say that Yin and Yang represent everything and its opposite: if one of the two parts did not exist, the other either because each thing needs its opposite to exist.

It is the balance between these two forces that would allow man to find good health and harmony.

And you, which symbol will you choose?

Whether you are sensitive to their meaning or just seduced by their aesthetics, you will inevitably find a spiritual symbol made for you!

So, will you be tempted by the lotus flower, by a sacred mantra or by an ancestral symbol?

Do you want to tell a little-known historical fact, or just an anecdote related to one of these symbols? Feel free to quote your favorite spiritual symbol in the comments, and tell us why you chose it!