The disk Pi chinese comes to us from ancient china : the oldest believed to date from around 3400 before Jesus Christ ! Originally, the disk Pi was carved in green Jade. He was buried with the dead, of the social classes preferred. It is assumed that his role was to...

The disk Pi chinese comes to us from ancient china : the oldest believed to date from around 3400 before Jesus Christ ! Originally, the disk Pi was carved in green Jade. He was buried with the dead, of the social classes preferred. It is assumed that his role was to accompany the deceased in the other world.

In our time, the disk is Pi chinese, also called "Donut" because of its resemblance to the pastry of the same name, is a fashion accessory trend is considered to be lucky : it would attract wealth and divine protection to its wearer. This superstition comes from a famous chinese legend which tells the story of a young soldier who escaped many times at the death thanks to the disk Pi given to him by his father as a talisman. One day, during a battle, he was shot in the chest and collapsed. But the Ft chinese fit his work protective : the projectile punched through the center of the disc Pi and stopped all net, leaving the life of the young soldier saves. It is from this legend comes the tradition of carrying the Ft chinese pendant, such as an amulet of protection.

The Donut is it a pendant, a necklace or a bracelet ? The 3 of course !

A question : how are you going to wear your Donut ? As a pendant, like the soldier lucky ? Or rather in a bracelet ?

In looking at the pictures of our different models of Donuts, you will find out how to wear this jewel as a pendant, but also how to make a stylish bracelet, very easily, and without the need of anything other than the cord, waxed cotton offered with each Donut.

Do you know already what model of Pi chinese you are going to choose ? Not to worry, we offer many varieties of natural stones : we have Donuts in Jasper, in Labradorite, Obsidian, Aventurine...

Your order is ready ? The good news : the donut that you chose + its cord 100cm length you are delivered free home with no minimum purchase*, in their elegant satin bag. It is not you, therefore, to decide if you are going to offer it to a person who is dear to you or keep it for yourself !

Ah yes... another thing : as a bonus with your order, you will receive our free ebook "Understanding and Practicing Lithotherapie" : a downloadable guide of over 70 pages to learn all about rocks and minerals, their health benefits, and you begin to feel any of their benefits ! We hope that reading this will be nice. 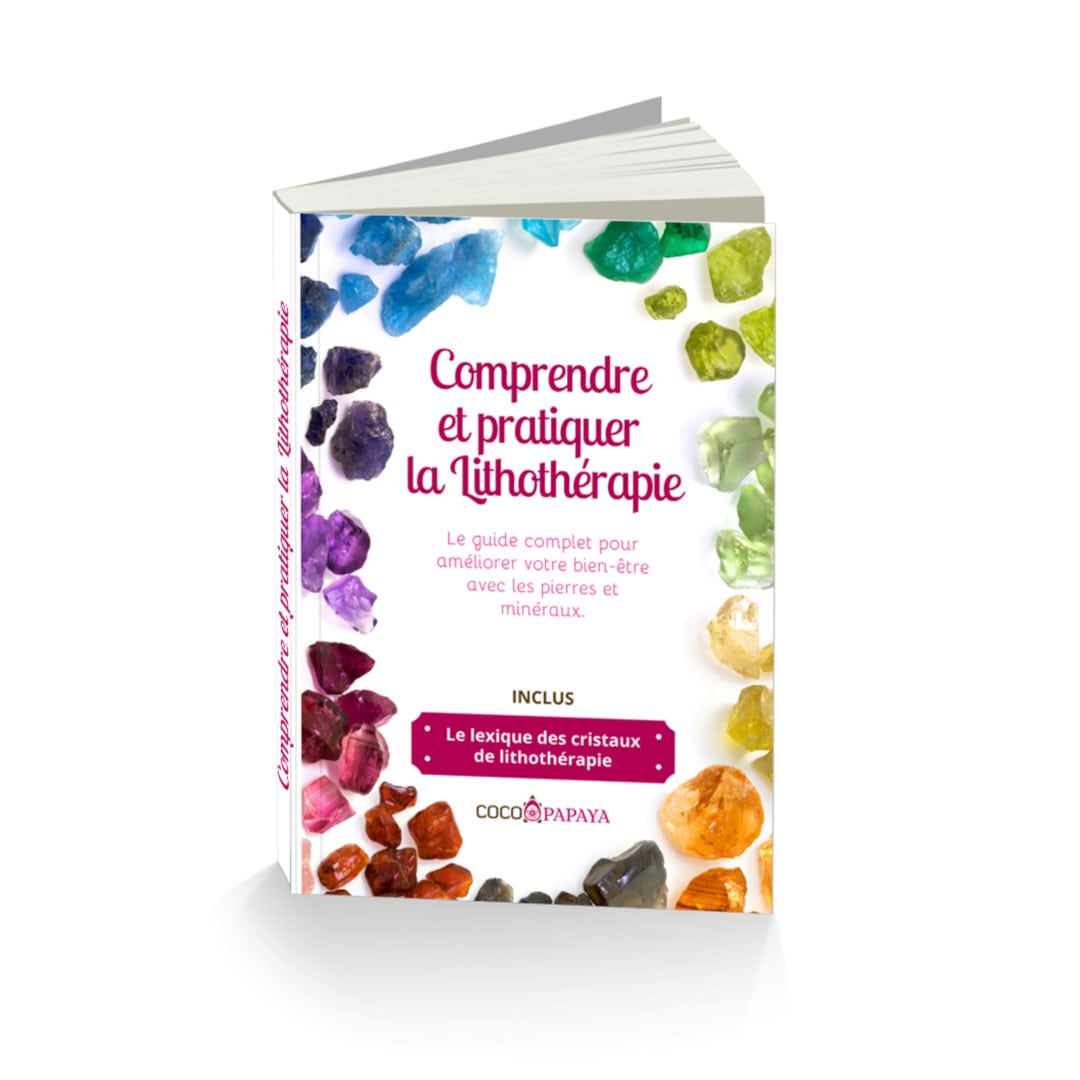 That y-a-t-it in this guide ? How to receive it immediately ?

*: Free delivery to France only. Delivery, at a low price from 2€ only for deliveries in other areas.
Less
More